5 reasons a scooter will improve you and your toddlers wellbeing

5 REASONS A SCOOTER WILL IMPROVE YOU AND YOUR TODDLERS WELLBEING 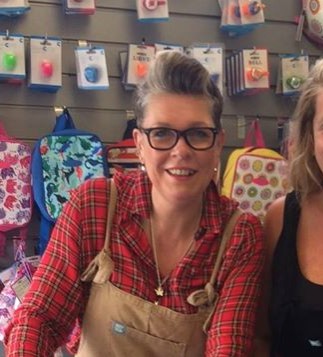 Did you know that YOUR toddler should have at least three hours in a day doing some kind of physical activity? As soon as they can walk, the NHS recommends that we reduce the amount of time children spend sitting, and focus on developing their physical abilities and encouraging exercise.

A staggering 1 in 3 kids are overweight or obese by the time they leave primary school.

Given these concerns, scooting for those as young as one, in a safe environment, has a wealth of wellbeing benefits for your little ones, and even you. The NHS, and Public Health England have our child’s longer term health in mind, so shouldn’t we?

But why bother giving my toddler a scooter, we’ve got a buggy and that works for me? Well actually….

We’ve all seen our little ones taking their first tentative steps, and any activity that encourages them to develop their hand eye co-ordination further enhances their abilities to develop strong muscles and bones as they grow. Starting to use a scooter from a young age means they have longer to grasp the principles of getting those legs and arms moving in perfect harmony.

You may also be surprised to learn that the ability to understand direction is required in developing the skills we need to read. We read from left to right, so developing our children’s directional understanding at an early age through scooting can even help prime your child into a little bookworm!

Reducing your reliance on that buggy

Children under five are being encouraged to reduce the time they spend “just sitting”, and as your children grow older, using a scooter becomes a quick alternative for trips out to the shops, and on the school run with a sibling. It is SO much easier chucking a scooter in the car, than a pushchair don’t you think?

In addition, if your children are using the scooter on trips out with you, they won’t kick up quite such a fuss when you aren’t able to take the buggy because it just doesn’t fit through your favourite clothes shop front door, right?

Having a child that is used to physical exercise from a young age is habit forming. If your children scoot for fun early on, they are much more likely to continue to do so as they grow; particularly if their scooter can grow with them. Even more importantly though, the exercise habits formed as a child, follow you into your teens, and then adulthood. If we develop those attitudes to wellbeing in our younger children, they are less likely to develop serious longer term health issues. Fat build up has been implicated in diseases such as type 2 diabetes, cancer and heart disease as they grow up.

Alarmingly, a recent international study late last year, from the Active Kids Healthy Global Alliance, suggests that 11 – 15 year olds in the UK in England, Scotland and Wales are amongst the least active in the world. 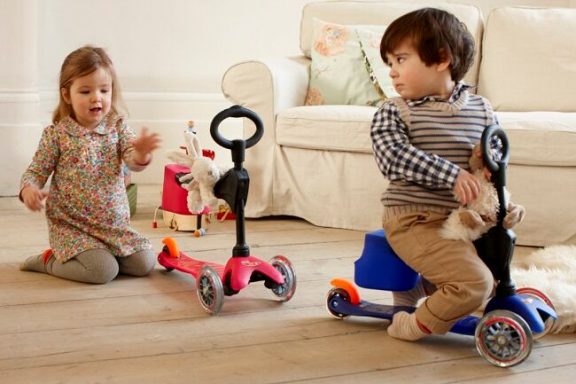 Pre-school children as young as three can spend an unbelievable four hours looking at a screen, if you include time spent watching TV, or looking at a tablet. A third of them have a tablet of their own. Why not encourage your little ones to replace a little bit of that screen time, with scoot time?

We ALL want our children to live a full life, so there is no harm in helping them a little bit along the way when they are the most impressionable.

Being a little child IS stressful

Do you KNOW how frustrating it is NOT to be able to do everything that your mummy and daddy can do?

Exercise is now prescribed for stress by the NHS; it is proved to benefit both adults and kids. Start them early because…

….if we all have less stressful kids, that means you have less need for wine. 😉

In the first three years of life, toddlers are learning faster than they will at any other point in their life.

Believe it or not, Harvard Medical School have proven that exercise fuels nerve growth in your little one’s brains, so that in turn leads to improved short – term memory, reaction time and even greater creativity.

Exercise not only helps to reduce stress, but stimulates those little grey cells too, so that children are actually more ABLE to learn.

You never know, they might even be able to remember where they put their shoes after a bit more scooting practice *We live in hope*.

Convinced now? Good. Help your kids to hop on a scooter earlier, and give them a wellbeing boost they’ll actually thank you for.