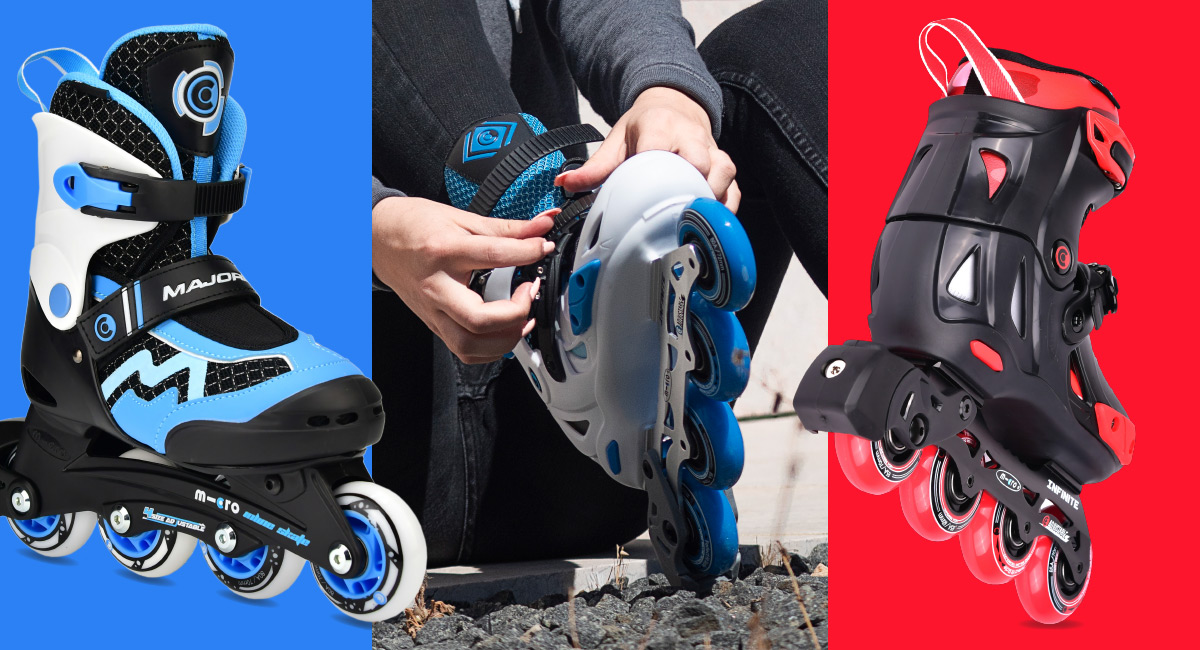 We think skating is the coolest thing since Tamagotchis, G-Shock watches and Silly Putty  - here’s why…

The 80s and 90s brought a multitude of new leisure pursuits, and the image of leotards, leg warmers and sweat bands is one that is hard to erase, but along with that (and sometimes as part of the same vibe) came roller and inline skating. Muscle Beach in Santa Monica, CA was a hotbed of young and old showing off their skating skills in everything from outlandish outfits to just enough to cover their modesty, but one thing was for sure – these individuals had health and fitness at the forefront of their minds. Their ability to quickly, effectively and inexpensively get around was not only doing their bodies and minds a world of good, but this “clean” mode of transport was also great for the planet.

With the resurgence of skating and blading coming to the fore in the ‘20s, because of our need for freedom during a global pandemic, social channels such as TikTok and Instagram are awash with the coolest of the cool and geekiest of the geeks showing off their skating exploits, from a morning trip to visit some of London’s trendiest markets FREESKATE LONDON - Morning ride and visit to the markets (Inline Skating Flow) - YouTube to smashing out the housework in a truly inspirational manner If People Rollerbladed Instead of Walked. - YouTube  / If People Rollerbladed Instead of Walked. Part 2 #shorts - YouTube

Most adults today, who are looking to buy skates for their children (or themselves), will have grown up in one of the above decades and may have even dabbled with roller and inline skates at some point. Images of something akin to Bambi on Ice are what stick with many, however technology and fast information make skating a very different proposition today. With inline skates now available for tiny feet (from around 3 years old), mastering balance on blades can become second nature – and if the thought of anyone other than the pros being on inline skates gives you the heebie-jeebies then it’s useful to know that figures show that skating is 5 x safer than cycling, and gives 50% less stress on joints than running. One man that knows only too well how incredible inline-skating is, is self-confessed Wheel Addict, Ricardo Lino. Ricardo Lino, a professional skater with over 35 years of experience on skates and a degree in sports science and teaching, is the man in the know when it comes to blading, and his enthusiasm and expertise are infectious. Just 5 Minutes watching this man Ricardo Lino - YouTube  will inspire and delight, and for many the has resulted in the skating bug being caught. 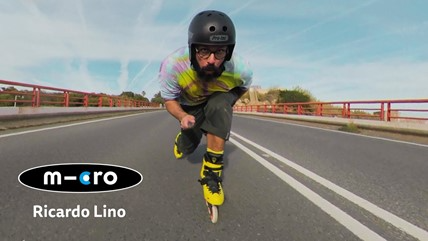 The main differences between roller skates and roller blades (also known as quad skates and inline skates) are the way the wheels are aligned and therefore the ease of learning to skate.

Inline skates are easier to master.

Contrary to popular belief, for most people, young and old, roller blades or inline skates are easier to learn on then roller skates or roller boots because roller blades and inline skates have 4 or 5 wheels in a straight line.  The overhang of the wheels stretches just over the heel at the back and the toe at the front.  This long straight alignment means more wheels are touching more of the ground – making it less likely to come a cropper in the event of skating on uneven, bumpy or rough surfaces.

In contrast, Roller skates or roller boots are arranged with 4 wheels in a square pattern.  This alignment means the wheels are covering less ground making for a bit of a bumpy ride on uneven surfaces.

Inline skates ARE faster than quads, they are more maneuverable than quads and they are more versatile that quads. Whilst the more traditional roller-skate is great for skating round in circles on a purpose-built rink, they are not so hot at keeping up in the street or at the park. The ground facing surface area of each wheel on roller blades is far less than that of the chunkier skate wheels, allowing for a much more sympathetic outdoor ride. Inline wheels are also made from softer materials than quads wheels, giving more shock absorbency and versatility so that they can be used anywhere and on a range of different surfaces. Additionally, inline skates or roller blades require less energy to pick up speed.  The nature of the wheels being in one long aligned format means the skater needs to push less / give less effort to get going and keep on going.

Another difference between roller skates and inline skates is the ease of stopping (an essential skill at all levels). Inline skates often have a brake at the back of the boot and for most skaters this provides a more intuitive, natural way of stopping – simply tilting the heel backwards.  Roller boots usually have a brake at the front – just above the toe of the boot meaning the skater must tip their foot (and naturally the rest of their body) forwards, making them less balanced when trying to stop.

It still sounds scary -  how do I actually skate in inline skates?

If you can walk, you can skate – it’s that simple. There are loads of online guides and examples of how to skate, however Ricardo Lino - YouTube is an absolute must. From basic balance to taxing tricks, Ricardo takes you through the lot, and if you want a further look at his credentials, I think he pretty much sums them up here…Ricardo Lino | Inline Skates | Micro-Skate | Micro Inline Skate

Micro Skates are part of the family based, responsible, planet-focused, ground-breaking innovators Micro-mobility and Micro-Scooters UK, who offer pioneering, market-leading products from scooter lights and bells to electric cars.   Micro-Scooters UK LOVE the MICRO MAJORITY and MICRO INFINITE models and are excited to be offering these through www.micro-scooters.co.uk, and with Micro-Scooters UK’s well regarded Customer Experience ( Micro Scooters Reviews | Read Customer Service Reviews of www.micro-scooters.co.uk (trustpilot.com) ), on-hand expert knowledge, 2 year (limited) warranty, and a 28 day no quibble, free returns (with Royal Mail) policy, there really is no reason not to give them a go…

How do I choose between the Micro Majority and the Micro Infinite?

This skate is a real beginners skate – absolutely perfect for any mini movers or bigger Bladers, and is available in classic Primary colours making them a versatile and ideal first buy. 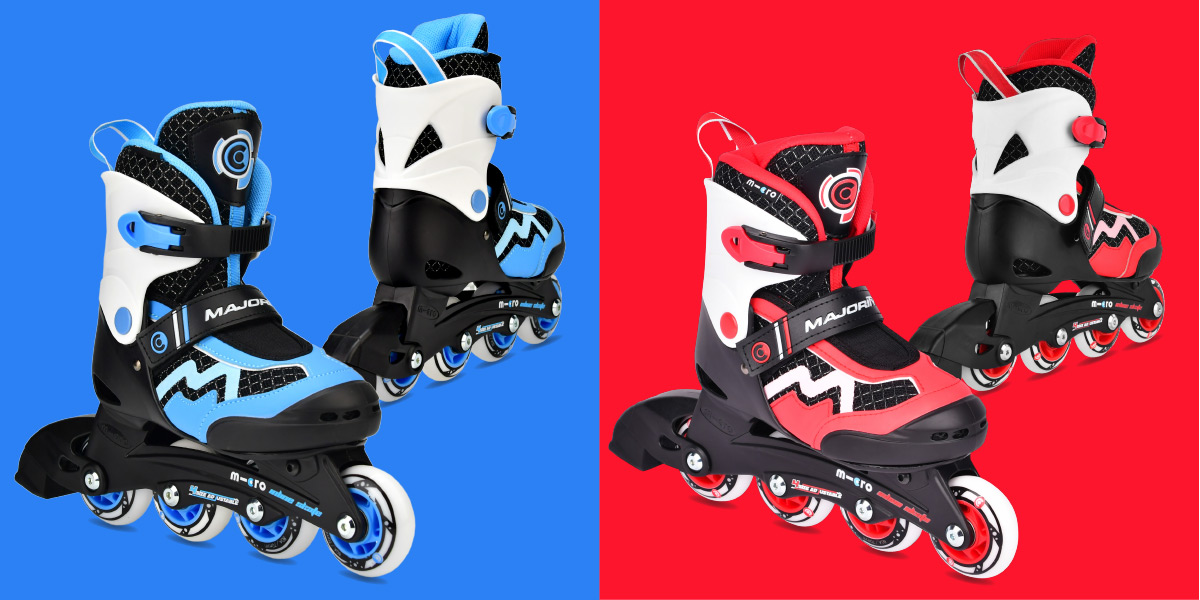 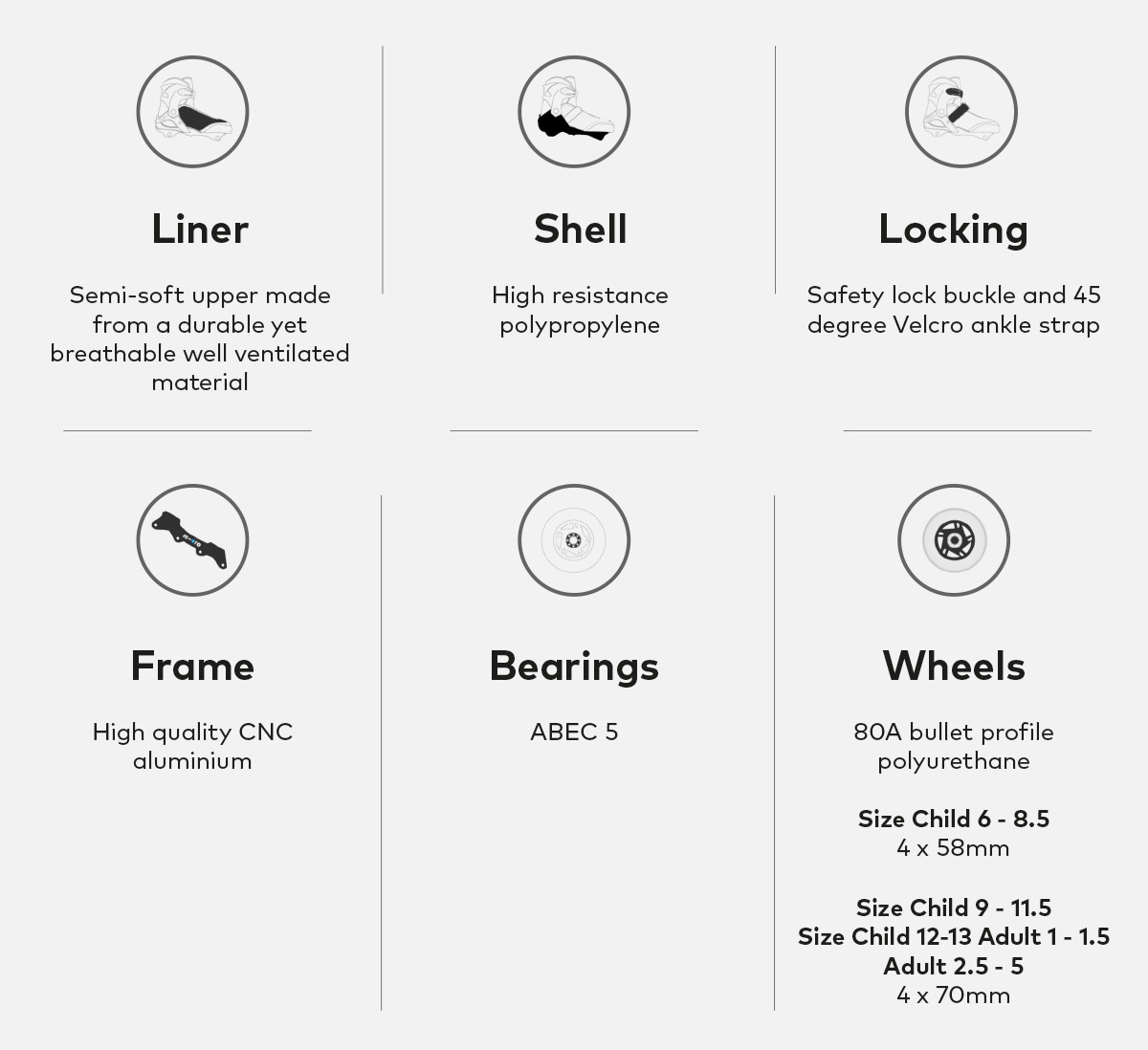 The Infinite has been designed and developed to offer more advanced maneuverability, for the more confident Skater and is available in some super eye-catching designs. 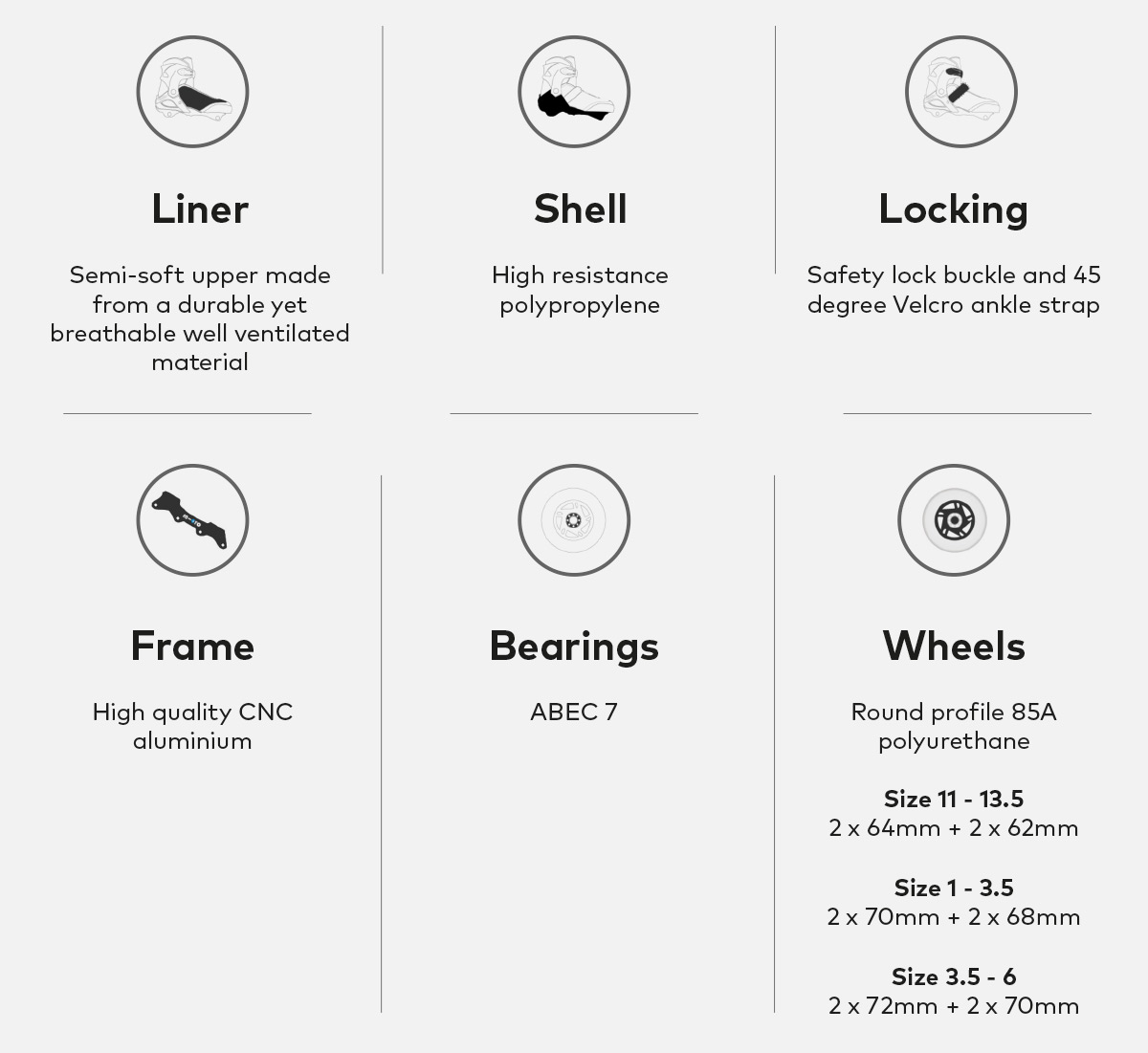 So whichever of the above most suits your needs, you are sure to not be disappointed - and all that remains is to choose your essential, matching safety equipment at